CEDAR RAPIDS, Iowa (Wednesday, Feb. 5, 2020) – The U.S. Senate has voted to clear President Donald J. Trump on both articles of impeachment, bringing to an end a period of “politics at its very worst,” said Barbara Hames-Bryant, president of the Iowa Federation of Republican Women (IowaFRW), the state’s most influential women’s grassroots political organization.

“The Democrats’ impeachment farce has been a colossal waste of Congress’ time and taxpayers’ money,” stated Hames-Bryant, Cedar Rapids, who took the helm of IowaFRW on Jan. 1, 2020, and will serve a two-year term as president.

“The impeachment shenanigans was shown to be just that, when Iowans turned out in high numbers to caucus for our President on Monday,” said Gloria Mazza, IowaFRW immediate past president and leader of the Capitol Region Republican Women, which includes Des Moines.

“The action of the Democrats is doing one thing, building the Republican base even stronger than ever behind President Trump,” Mazza added.

IowaFRW members are gearing up for an exciting and successful presidential election year, which kicked off Monday with the First-in-the-Nation

Caucuses, drawing the highest number of participants in the history of the Iowa Caucus in an incumbent-election year. Republicans overwhelmingly showed support for the President of the United States, with 97.1 percent of the 32,389 ballots cast going to President Trump.

Ann Schockett, president of the National Federation of Republican Women (NFRW), said, “President Donald Trump has been swiftly acquitted by the Senate, and Americans are ready to move on. It’s time to put the Democrats’ sham, partisan impeachment behind us and for Congress to get back to working on behalf of the American people. Despite constant obstruction, President Trump has taken the high road, can point to historic accomplishments, and offers a winning vision for an even brighter future for our nation.”

The Iowa Federation of Republican Women (www.iowafrw.org) is the premier organization for uniting the voices and values within the Republican Party, and is part of the National Federation of Republican Women, founded in 1938. The NFRW (www.nfrw.org) is the largest and most influential women’s political organization in the nation, proudly representing the party that first made it possible for women to vote in the United States, and working to increase the effectiveness and relevance of women in the cause of good government. Our mission is to recruit and elect Republican candidates, promote the principles of the Republican Party, educate the public, and inform the media. 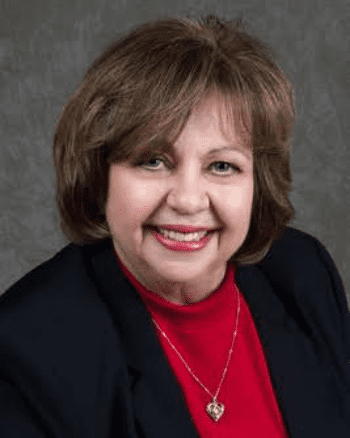