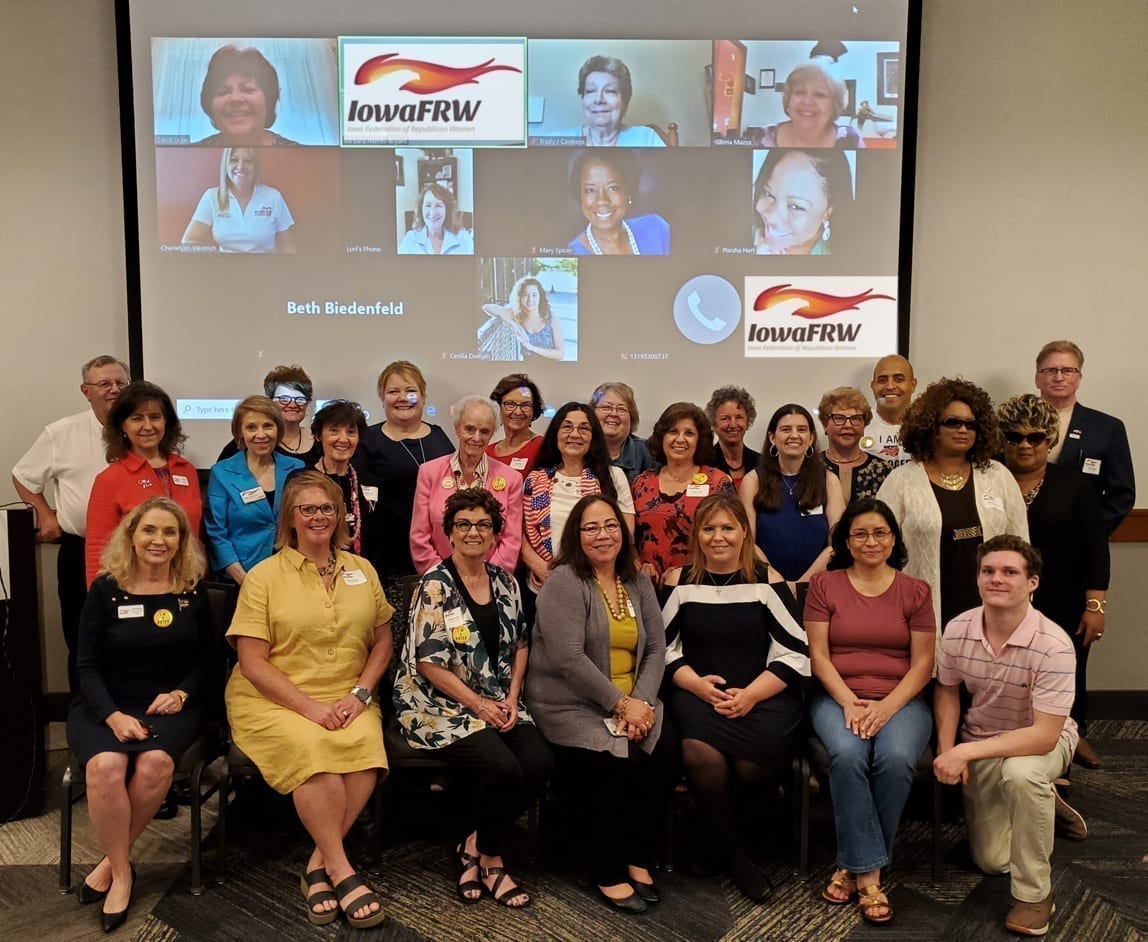 CEDAR RAPIDS, Iowa (Monday, June 29, 2020) – Iowa Federation of Republican Women members from across the state gathered in person and via Zoom for the “Ready, Set, Elect” summer board meeting and conference in Cedar Rapids on Saturday. IowaFRW President Barbara Hames-Bryant affirmed, “We will re-elect President Trump and Vice President Pence, we will re-elect fellow IowaFRW member Senator Joni Ernst; and we will make it a clean sweep in the U.S. House of Representatives by electing Republicans Ashley Hinson, Mariannette Miller-Meeks, David Young, and Randy Feenstra from Iowa’s four congressional districts.”

“We have never been more determined to elect Republicans and preserve our liberty than we are today,” Hames-Bryant continued. “The year 2020 was expected to be a time of celebrating the centennial of women’s right to vote nationwide. Instead the ratification of the 19th Amendment has been overshadowed by protests and a pandemic; but that only means we march on toward victory in the November elections, more unified and more determined than ever, just as the Suffragettes did a century ago.”

IowaFRW local and regional clubs meet throughout the year, with the statewide organization holding board meetings and conferences at least once a quarter. The next statewide gathering of the Iowa Federation will be Sept. 18-19 in Jefferson at the Wild Rose Casino and Resort. Details in accordance with health guidelines will be posted at https://www.facebook.com/iowafrw/ as they become available.

The Iowa Federation of Republican Women (www.iowafrw.org) unites the voices and values within the Republican Party, and is part of the National Federation of Republican Women, founded in 1938. The NFRW (www.nfrw.org) is the largest and most influential women’s political organization in the nation, proudly representing the party that first made it possible for women to vote in the United States, and working to increase the effectiveness and relevance of women in the cause of good government. Our mission is to recruit and elect Republican candidates, promote the principles of the Republican Party, educate the public, and inform the media.