DES MOINES (Friday, Feb. 28, 2020) – The Iowa Federation of Republican Women will host their annual Legislative Day at the State Capitol on Tuesday, March 10, with a packed schedule of meetings with Governor Kim Reynolds and legislative leaders in the House and Senate.

“Each year we welcome the Iowa Federation of Republican Women to the Hill, and each year they show up in force, dressed in red and ready to engage and ask questions of all of us working hard to keep Iowa moving,” said Governor Kim Reynolds, Iowa’s first female governor and a long-time IowaFRW member. “These women are the epitome of grassroots activism and exemplify Iowa values and work ethic. I’ve heard them say they ‘work their heels off’ to get candidates elected and promote conservative causes and I know it’s true because I’ve seen them do it. We look forward to seeing them on March 10.”

IowaFRW President Barbara Hames-Bryant said the group’s annual visit to the State Capitol is one of the most highly anticipated and rewarding events the Federation sponsors all year. “Members will converge here the second Tuesday in March from all across the state and at least one busload will be coming from Eastern Iowa. All members are invited and we will have meetings with Governor Reynolds, Secretary of Agriculture Mike Naig, the legislative leadership, and also have time to visit the House and Senate galleries and tour the beautiful building that houses our state government.”

Membership in the IowaFRW affords women hands-on opportunities to connect with fellow Republicans at political, educational, and social events; promote conservative values; educate the public on current issues; and truly make a difference by working to elect Republican candidates.

‘We achieve these goals through collaboration, sharing of ideas, and strength in numbers,” Hames-Bryant added.

The Iowa Federation of Republican Women (www.iowafrw.org) is the premier organization for uniting the voices and values within the Republican Party, and is part of the National Federation of Republican Women, founded in 1938. The NFRW (www.nfrw.org) is the largest and most influential women’s political organization in the nation, proudly representing the party that first made it possible for women to vote in the United States, and working to increase the effectiveness and relevance of women in the cause of good government. Our mission is to recruit and elect Republican candidates, promote the principles of the Republican Party, educate the public, and inform the media. 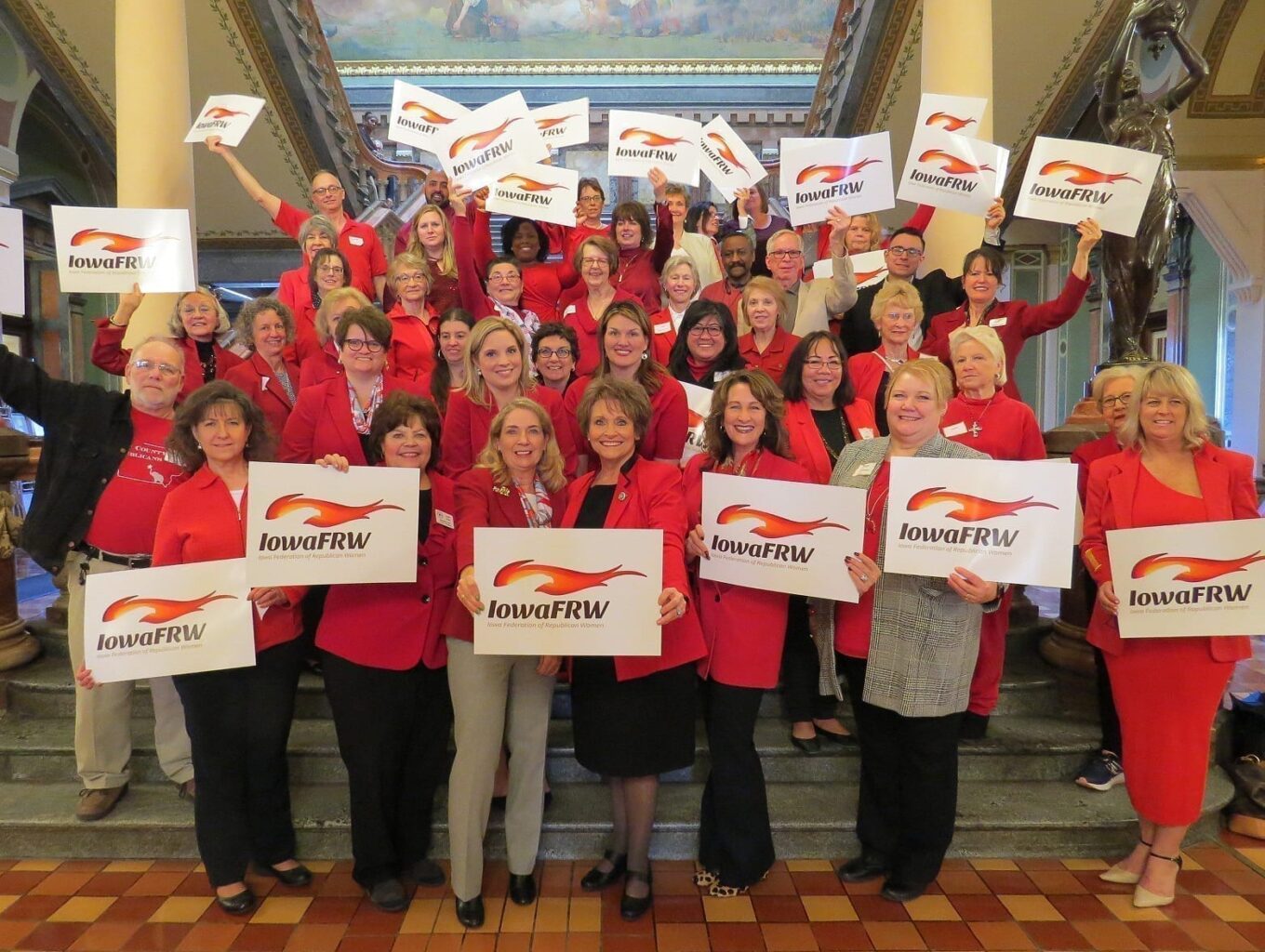