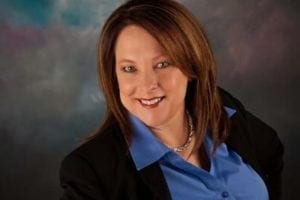 DES MOINES – “The Iowa Federation of Republican Women congratulates Annette Sweeney on her election to the Iowa Senate representing Central Iowa’s District 25,” said Gloria Mazza, IowaFRW president. “Sweeney is a long-time member of the Federation, a lifelong Iowan and a forever champion of Iowa’s residents, resources and industries.”
Sweeney, who is expected to be sworn in next week, won Tuesday’s special election for voters in Butler, Grundy, Hardin and Story counties. Sweeney and her husband, Dave, raise cattle and crops on their farm in Hardin County. Sweeney resigned her post as State Director for USDA Rural Development in Iowa last month to run for the Senate seat. She formerly served in the Iowa House of Representatives from 2009 to 2012 and as the chair of the House Agriculture Committee. Sweeney led the Women for Trump coalition during President Donald Trump’s 2016 campaign and is a former educator and publisher. She is president of Iowa Agri-Women and received the Howard Hoover Uncommon Public Servant award.
“I am just so proud of our team. We only had two weeks to get this done,” Sweeney said. “I would like to say a big thank you to everyone who worked with me to door-knock, make phone calls and helped chase absentee ballots. This was a true team victory and I could not be prouder.”
The unofficial results from Secretary of State Paul Pate are: Annette Sweeney – 4,776; Tracy Freese – 3,786.
Mazza added: “True to our mission of working to elect Republicans, IowaFRW members rallied to help Sweeney secure victory yesterday. Annette led the charge and worked harder than anybody, including knocking on doors in an April snowstorm. She has earned our respect and she earned the votes in District 25, showing she will step up to take on any difficult task. We are proud to call her a member and friend.”
The Iowa Federation of Republican Women (www.iowafrw.org), founded in 1939 in Tama County, is the premier organization for uniting the voices and values within the Republican Party, and is part of the National Federation of Republican Women, founded in 1938. The NFRW (www.nfrw.org) is the largest and most influential women’s political organization in the nation, proudly representing the party that first made it possible for women to vote in the U.S. and working to increase the effectiveness and relevance of women in the cause of good government.