Iowa Federation of Republican Women to serve in national roles

“We are a grassroots army of conservative women on a mission and these ladies from the Iowa Federation are on the front lines,” said Schockett. “Along with our sisters in every state, we will work to re-elect President Trump and elect Republican candidates at every level of government across the nation.”

“This is one of the most critical eras in U.S. history, and the future of our nation is at stake,” Schockett added. “The NFRW has brought together a distinguished team of Republican women whose ideas, skills and expertise will be vital in securing Republican victories at the ballot box and advancing our mission of building leaders, energizing communities and keeping America strong.”

The Iowa Federation of Republican Women (www.iowafrw.org) is the premier organization for uniting the voices and values within the Republican Party, and is part of the National Federation of Republican Women, founded in 1938. The NFRW (www.nfrw.org) is the largest and most influential women’s political organization in the nation, proudly representing the party that first made it possible for women to vote in the U.S. and working to increase the effectiveness and relevance of women in the cause of good government. Our mission is to recruit and elect Republican candidates, promote the principles of the Republican Party, educate the public, and inform the media. 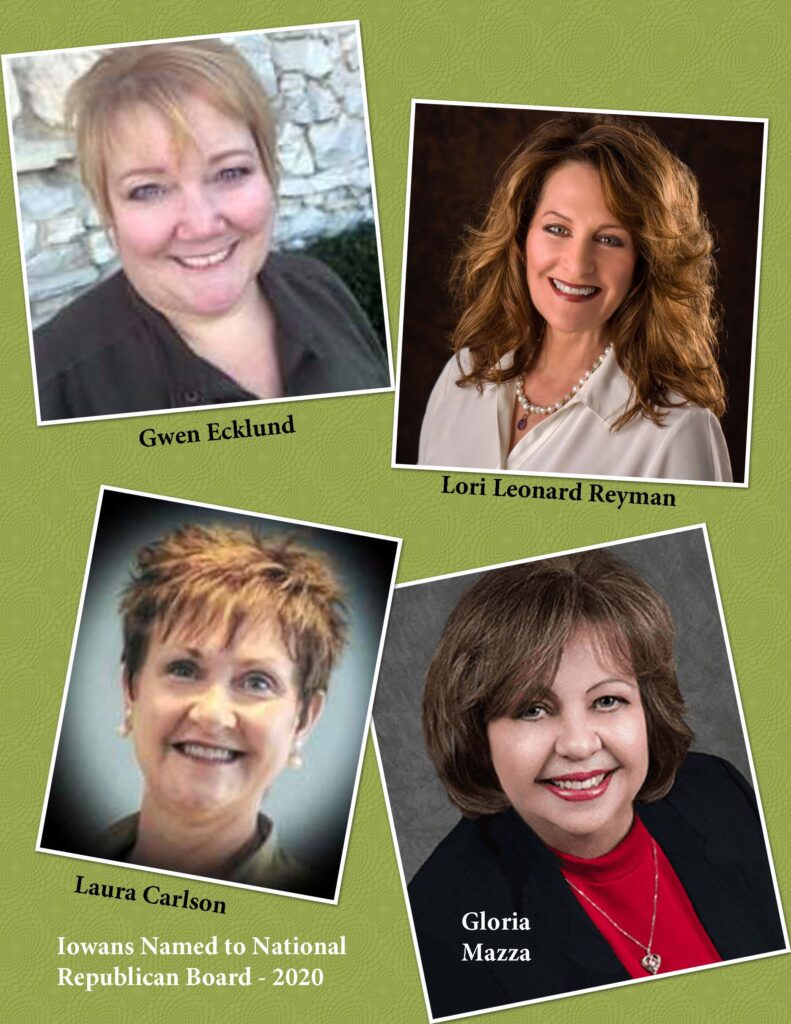