DES MOINES (Monday, January 18, 2021) – Iowa Federation of Republican Women President Barbara Hames-Bryant said Saturday’s election of former Iowa House Speaker Linda Upmeyer as the co-chair of the Republican Party of Iowa is a superb choice for the state, for the party and for keeping Iowa first in the nation status in the presidential caucuses.

“Linda Upmeyer is a true champion of conservative values and advancement of women in politics,” said Hames-Bryant of Cedar Rapids. “For the past 30 years she has mentored, encouraged, and been a role model for young women seeking public office.”

Along with Upmeyer, Jeff Kaufmann was re-elected chair of the Republican Party of Iowa at today’s Republican State Central Committee meeting at RPI headquarters in Des Moines. IowaFRW member and former officer Cheryl Weisheit of Ankeny was elected secretary, and Bill Gustoff of Des Moines was elected treasurer.

“I am honored to take on this new role and be able to enhance and expand an already great organization. I’m here to help Chairman Kaufmann in any way I can,” said Upmeyer of Clear Lake. “I appreciate the continued support of the Iowa Federation of Republican Women and their commitment to conservative causes. I’ve been a member of the Federation for many years and have worked closely with its leaders and members. They work hand in hand with the Republican Party of Iowa to keep the media and public informed, maintain Iowa’s first in the nation status and most importantly to elect Republicans at all levels of government.”

Upmeyer, who is the first female Speaker of the Iowa House and served in the Iowa House of Representatives for 18 years, is the first recipient of the IowaFRW Yellow Rose Award. The honor recognizes Upmeyer’s “lifetime of achievement in public service, advocating for freedom and equality, effecting change, and enacting legislation for the betterment of the citizens of Iowa.” The yellow rose is an historic symbol of women’s suffrage and the IowaFRW Yellow Rose Award signifies women’s rights, equality and excellence.

The Iowa Federation of Republican Women (www.iowafrw.org) is part of the National Federation of Republican Women, founded in 1938. The NFRW (www.nfrw.org) is the largest and most influential women’s political organization in the nation, proudly representing the party that first made it possible for women to vote in the United States, and working to increase the effectiveness and relevance of women in the cause of good government. Our mission is to recruit and elect Republican candidates, promote the principles of the Republican Party, educate the public, and inform the media. 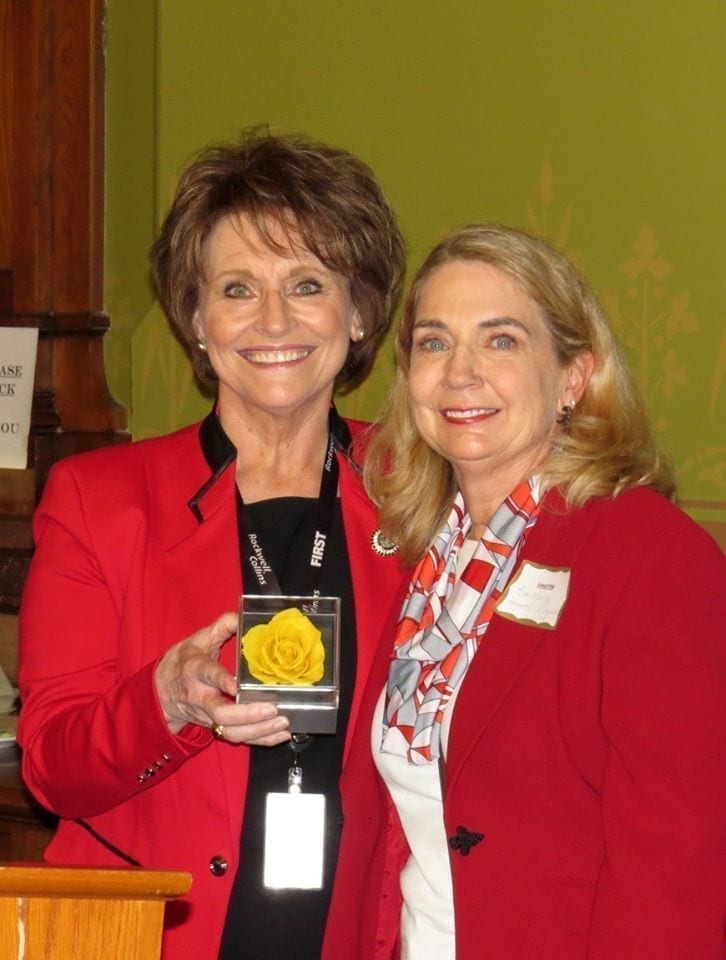