“Our elected senators have done the right thing by confirming Judge Barrett without delay,” Hames-Bryant of Cedar Rapids said in a statement released today. “We enthusiastically support President Trump’s nominee and congratulate Justice Barrett, who was sworn in last night after the Senate voted to confirm her.”

“The appointment provides seamless legal justice to serve the American people during these turbulent times.” Hames-Bryant continued. “Justice Barrett is tremendously qualified to fill the vacancy left by the passing of the honored and respected Justice Ruth Bader Ginsberg.”

Last week, thousands of Republican women across the nation signed an online petition issued by the National Federation of Republican Women in support of Justice Barrett, who, at 48, is the youngest justice on the Supreme Court. “The message from NFRW women to the Senate was loud and clear: ‘CONFIRM AMY!’” NFRW President Ann Schockett said.

Justice Barrett is a “brilliant jurist, devoted mother and steadfast American who serves as a role model for women everywhere,” Schockett stated. “She is loyal to the Constitution, will enforce the law and not legislate from the bench.”

The Iowa Federation of Republican Women (www.iowafrw.org) is the premier organization for uniting voices and values within the Republican Party, and is part of the National Federation of Republican Women, founded in 1938. The NFRW (www.nfrw.org) is the largest and most influential women’s political organization in the nation, proudly representing the party that first made it possible for women to vote in the United States, and working to increase the effectiveness and relevance of women in the cause of good government. Our mission is to recruit and elect Republican candidates, promote the principles of the Republican Party, educate the public, and inform the media. 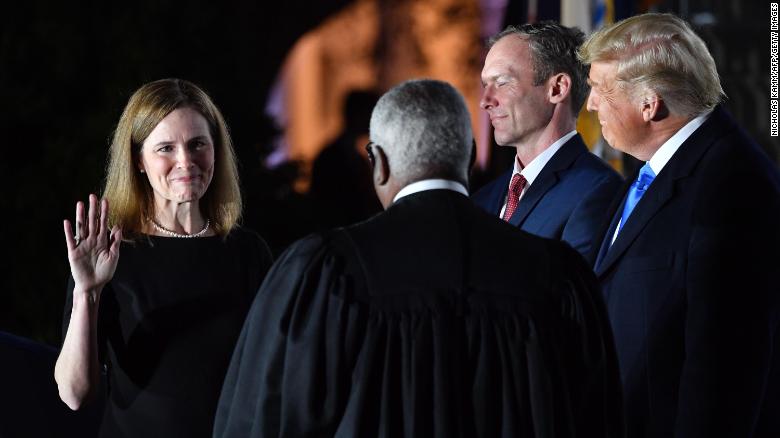