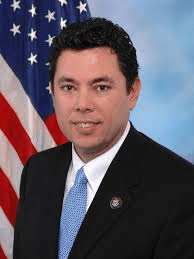 Hames-Bryant, from Cedar Rapids, will be at the helm of the state’s most influential women’s grassroots political organization for a two-year term, along with the new IowaFRW Executive Committee.

Republican Women are gearing up for a presidential election year, which kicks off Feb. 3 with the First-in-the-Nation Caucus at all precincts across the state. “Don’t believe for a minute that the Democrats have this election wrapped up just because they get the most media coverage, especially in Iowa,” asserted Hames-Bryant. “There are many, like me, who are impressed with President Trump’s economic and international accomplishments in the past three years. You will see droves of overlooked Trump supporters voting for him in November.”

FOX News contributor and former Utah Congressman Jason Chaffetz was in Iowa last week rallying Republicans around President Trump. “What happens in Iowa really matters,” said Chaffetz. “It’s going to come down to a handful of states and Iowa is one of those states. Thank you, thank you, thank you for helping,” he told IowaFRW board members.

“I’ve been reminding Republicans … that even though Donald Trump is our nominee and there is no fight there, it’s their civic duty to get out and be part of the process,” asserted Chaffetz, who served in the U.S. House of Representatives from 2009 to 2017. “Be part of the solution and not part of the problem. It’s not a good idea to let the decisions be made by someone else.”